Rabbi Jeffrey Clopper has served as the spiritual leader and visionary for Temple Beth El since 2003. Rabbi Clopper received his B.S. from Tufts University in 1989 and was ordained in 1995 at HUC-Jewish Institute of Religion in Cincinnati. Following graduation, Rabbi Clopper worked at Congregation Emanu El in Houston Texas, and has also served at congregations in Piqua, Ohio, Quincy, Illinois, and Lafayette, Louisiana. He was Rabbinic Intern for the Youth Programs Department of HUC-JIR in Cincinnati, and Chaplain Intern at Jewish Hospital and Bethesda North Hospital.

Rabbi Clopper brings wisdom, passion and innovative thinking to all aspects of Temple Beth El, while honoring and preserving our sacred traditions and rituals. Leading Shabbat services, conducting Torah study, facilitating educational programs, consoling the bereaved, visiting the sick, getting personally involved with old and new congregants alike, assisting in Hebrew school activities, participating in Board and committee meetings, playing guitar and leading songs, and sharing his wisdom and talents at Temple activities, Rabbi Clopper is well loved by congregants and the greater Huntington community.

Rabbi Clopper and his wife Carol have three children and make their home in the Huntington community.

Cantor Alison Levine has been a part of Temple Beth El since 2014. Originally from Connecticut, she attended Wesleyan University where she received her B.A. in Music 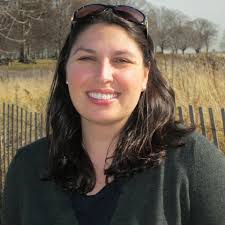 and Psychology. While in school, she was very involved with the Wesleyan Chavurah and also with singing opera. After graduation, Cantor Levine attended San Francisco Conservatory of Music where she received her Master of Music in Vocal performance. She then spent time singing in Bay Area productions and working at Temple Emanuel (San Francisco) in the religious school and singing with the temple choir on Saturdays. She felt called to become a Cantor because it combined all the things she loved: music, Judaism, teaching, and interacting with people. After spending one year in Jerusalem and four years in New York City learning,she received her Master of Sacred Music and Ordination from the Hebrew Union College-Jewish Institute of Religion (HUC-JIR). She served many congregations as a student cantor including Congregation Children of Israel (Augusta, GA), Temple Emanuel (Roanoke, VA), Congregation Adas Emuno (Leonia, NJ), and Port Jewish Center (Port Washington, NY). She also worked as a B’nei Mitzvah tutor at Temple Shaaray Tefila in Manhattan for five years. Cantor Levine joined the clergy at Temple Beth El upon her ordination in 2014. She loves teaching all ages and is very enthusiastic working with the Adult and Junior choirs, who both run on the candy she brings to all rehearsals. Alison and her husband Brian are parents to a beautiful little girl named Chloe Emma.

Rabbi Barton Shallat led Temple Beth El from 1971 until 2003. During his tenure, Rabbi Shallat strengthened our sense of responsibility to pass our Judaic heritage on to the next generation in an inclusive, thoughtful manner. Rabbi Shallat likes to say, “we accept people where they are and help them become the Jews they wish to be.”

Cantor Emerita Sandra Sherry-Pilatsky served as Cantor of Temple Beth El for 22 years, through June 2012. Cantor Sherry’s passion for combining music and spirituality, along with teaching both adults and children, left a lasting impression that has endured throughout Temple Beth El. 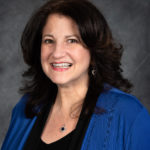 Diane Berg, RJE has been a Jewish educator for 50 years, educating two generations of students over the 44 years she worked for Temple Beth El. Diane earned the prestigious title of Reform Jewish Educator from the CCAR, ACC, NATE, HUC-JIR and the UAHC (1996). She received her Principal’s Certification from the Federation of Reform Synagogues (1982). Temple Beth El hired Diane to teach fourth grade and Hebrew High School in 1972. She was then chosen to become Director of Education, holding this position for 28 years. During this time, she was also Director of the Morasha Teacher Training Institute for 11 years (SAJES) helping to cultivate the next generation of Religious School teachers. Diane leaves knowing she has made a difference in her students’ lives.

If you wish to have a photo of yourself or your child removed, please provide explicit instructions to templeoffice@tbeli.org including the URL and specific photo to be removed.

Any link to an external website is solely for the convenience of the Temple Beth El member congregations and in no way represents, suggests, or implies any connection with or endorsement of any statement made or product offered for sale on any such independent and external website.