Movie Night: “Above and Beyond”

Would you risk everything – your future, your citizenship, even your life – to help a brother in need?

In 1948, just three years after the liberation of Nazi death camps, a group of Jewish American pilots answered a call for help. In secret and at great personal risk, they smuggled planes out of the U.S., trained behind the Iron Curtain in Czechoslovakia and flew for Israel in its War of Independence.  As members of Machal – “volunteers from abroad” – this ragtag band of brothers not only turned the tide of the war; they also embarked on personal journeys of discovery and renewed Jewish pride.  “Above and Beyond” is their story.

Filmed in the U.S., Israel and the United Kingdom, “Above and Beyond” was produced by Nancy Spielberg (Elusive Justice) and directed by Roberta Grossman (Blessed Is the Match), with cinematography by Harris Done (The Last Days), special effects by Industrial Light and Magic and an original score from Hans Zimmer’s Studio.

If you wish to have a photo of yourself or your child removed, please provide explicit instructions to templeoffice@tbeli.org including the URL and specific photo to be removed.

Any link to an external website is solely for the convenience of the Temple Beth El member congregations and in no way represents, suggests, or implies any connection with or endorsement of any statement made or product offered for sale on any such independent and external website. 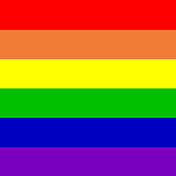